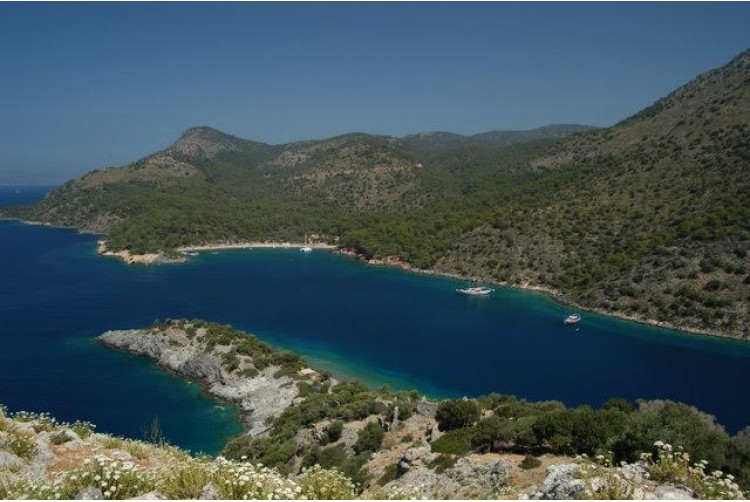 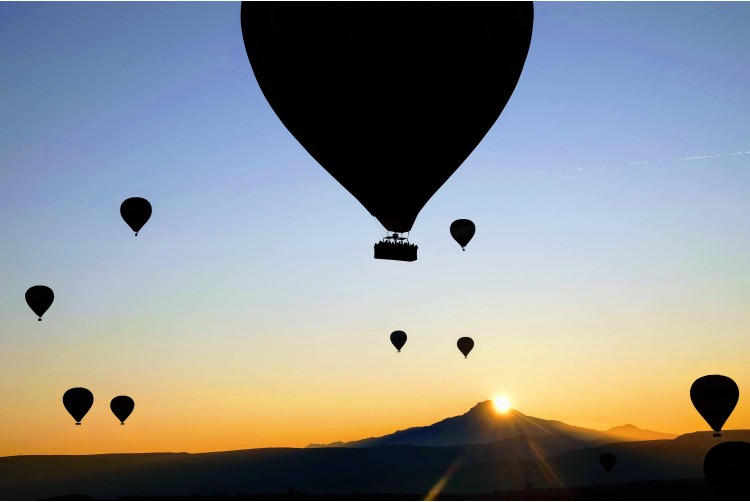 Besides the perfect choice of routes, to a large extent along the Aegean coast, this trip offers fantastic accommodations and culinary highlights. A pleasure from the first day until departure, you will miss Turkey when you are back home.

Welcome to the mouth of the Bosphorus and the beginning of your journey! Istanbul, formerly known as Byzantium and Constantinople, is sure to captivate you immediately. The city is full of history, stories and breathtaking panoramas.

Today, we head to the Gallipoli peninsula. The straits of the Dardanelles were defended here by the Turks during an 11-month siege by the armies of Australia and New Zealand (ANZAC). Therefore, it is one of the places that can show us well the futility of the war.

Arriving in Ephesus, we will take some time to explore the region. The city from the 10th century B.C. shows us the deep influences of the Roman and Greek empires on this region. Furthermore, the port city of Ephesus offers a multitude of archaeological wonders that we will be introduced to on a fascinating walking tour.

Today, we head to the beautiful city of Bodrum on our motorcycles, located on a small peninsula. Situated on the Aegean coast on the last foothills of the Taurus Mountains, it is just half an hour boat ride from the Greek island of Kos.

We continue along the breathtaking Aegean coast and the Mendos Dağı on our motorbikes. According to legend, Icarus landed in the sea near Göcek. During the Ottoman period, the place served as a port for ships loading chrome ore from the mines under the nearby mountains.

Today we park the motorcycle temporarily and head over to Kekova. Kekova is an island that we can only reach by a small boat. The simple village winds up the hillside to a castle from the time of the Crusades. A perfect opportunity for a swim, a kayak tour to a nearby island, to grab a bargain in the tiny village stores, or the perfect day to just relax.

Located in the south of Asia Minor is the city of Antalya. This is another place that has attracted many settlers. The Alexander Empire founded the city around 334 BC, then from 133 BC the Roman Empire took over. In the Middle Ages there were different rulers until finally the Templars got the city. At the end of the 14th century it became part of the Ottoman Empire. The city was even briefly awarded to Italy at the end of the First World War, but with the recognition of the Turkish Republic, this got invalid.

Today, we will ride our motorcycles into the hinterland of Antalya, to the very conservative city of Konya, a city completely living without any alcohol. Here rests the famous Persian poet Rumi, a 13th century scholar and follower of the Suffi faith. His works inspire many people to this day.

Before our journey comes to an end, we can't miss Cappadocia. Almost everyone has seen the curious peaks formed by erosion, and the dwellings carved into the rock thousands of years ago. You will spend two nights here in a luxurious hotel with rooms carved into the rock. If conditions permit, it is recommended to take part in a hot air balloon excursion independently of the trip - a true 'once in a life time' experience!

Today, you are scheduled to fly back to Istanbul, where our fantastic journey that you will surely miss slowly comes to an end. Depending on the flight time, there is still some time to enjoy the city or stroll through one of the stunning bazaars and feel the centuries of history. Simply magical!

Our motorcycle trip through Turkey ends today, which means that it is time for you to say goodbye and catch your flight back home.

For your convenience, the tour price already includes the rental fee for a BMW 750 GS motorbike that are in perfect condition. An upgrade to a GS1250 is possible on surcharge.

If you'd instead prefer to bring your own bike, please see our FAQ section to make sure your enduro meets all of our requirements for this tour.

For your own safety, we require you to wear a helmet, gloves, a motorcycle jacket or jersey and durable motorcycle boots while riding. For this purpose, please bring your own protectional gear.

You can find all of our set departure dates for this tour on the top right of this page. If none of our proposed tour dates work for you, simply send us a message and let us know when you'd like to travel to Armenia - the best time to travel through Armenia on a motorbike is between May and October.

In accordance with §651r BGB, you will receive a risk coverage certificate immediately after completing your reservation that protects the amount that you have paid to us in the case of our insolvency.

The minimum number of participants for this trip is 1 person. Unless you specifically booked this tour as a private tour, we may join you with other travelers.

If you've got any further questions with regards to this tour, please go to our FAQ section where we have already answered the most common questions for this tour. Please also get acquainted with our travel advice of the respective country well before your journey and adhere to the advice given. All tours are subject to our terms and conditions. Please also familiarize yourself with the customers' rights when booking a packaged tour before you book your trip. Before the commencement of the trip, you need to sign and hand in the disclaimer, if you do not do this, you cannot take part in the journey.

Need help booking? Talk to us!